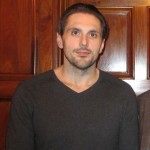 Their is a strong push for certain far left wing groups like VERA that has been trying to gain traction in regards to the topic of bail reform. Every agent has heard the battle cry about unjustly jailing the poor and county jails filled to the brim with innocent men losing everything while they languish in jail awaiting their day in court; however, what is less clear is exactly what the picture would look like in the event money were entirely removed from the picture of the American justice system. What would such a system look like and how would it work?

The answer might surprise you as it would undoubtedly surprise the average American citizen that is being fed a steady stream of misinformation by PTRP (Pre Trial Release Program) groups all over the country. The biggest problem in this fight starts at the very notion of what perception has been painted of each group in this fight. The bonding agent has been painted to the public as a money grubbing opportunist preying on the poor and unsuspecting families of those unlucky enough to find themselves behind bars while the people of pretrial service groups have portrayed themselves as daring freedom fighters struggling against the unstoppable menace that is commercial bail.
This PR campaign is a first step in a carefully orchestrated attack on the bail industry that has to this point been largely successful at smearing the name of the bondsman as well as letting PTRP choose the time and place of the battle. This has led to a largely defensive effort on the part of the bail industry forcing them to react rather than act to the agenda set forth by groups like VERA. 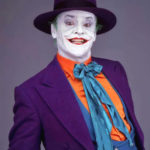 Jack Nicholson once famously said “who you gonna trust, a guy dressed up like a bat; I’m giving away free money!” And much in the same vein, PTRP groups are touting themselves as modern day Robin Hoods, robbing the rich (the bonding agent) to give to the poor (anyone in jail). Unfortunately much like Nicholson’s joker the parade of “free” cash hides a nasty surprise.

Though PTRP’s stated goal Is to ensure that most people are released through the use of interviews and preset computer algorithms has anyone stopped to ask what happens to those that this vaulted system says are unworthy of  “Government Supervised” release? Remember unlike the hybrid system currently used, in PTRP’s perfect world there is no money bail at all. 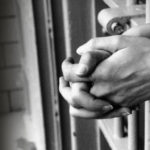 The answer is as insidious as it is simple: being held in detention with no option for release. With that one simple assertion the entire goal is exposed. The elimination of money bail is simply a means to an end, and the end in question is  control and power. PTRP’s true goal is to hold all the cards in the justice system with regards to incarceration. They want absolute authority to hold those they deem undesirable in custody with no road but through them.
Under their dream scenario if one fails under their scoring system they are simply left in jail, no ifs ands or buts. And the truth that any pre trial officer will admit when pressed (if only off the record) is those scoring scales take things like recidivism into account which means, each time you are accused of a crime you’re penalized a little more on their scale, which means eventually people are going to start scoring out with more and more regularity. This means one of two things are going to happen:

1. Either people start getting warehoused at a rate currently much greater than the current system or

2. Standard are relaxed to start letting more and more dangerous offenders out on release to ease overcrowding issues.

There’s a reason that our forefathers made cash bail and the right to bail a guaranteed part of our federal constitution (and most state ones) it was because without it our very liberty would be at stake, with our basic rights subject to the tyranny of a potentially out of control government. Sound familiar? It should because it’s also the reason the 2nd amendment exists. Our founding fathers were worried about our government someday becoming oppressive to the people and they wanted to ensure 2 things: 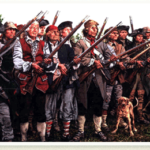 1. Our right to bear arms
2. Our right to freedom and an impartial means of maintaining said freedom even in the face of Government persecution.
The cash bail system is that means of impartial freedom. It’s not the only tool at the justice system’s disposal and like any system it has its flaws but it’s very existence insures the basic human right to have a 3rd party step up and take responsibility for their brothers and sisters to vouch for their integrity and guarantee that they will remain at the pleasure of the court to be held accountable for the crimes they are accused of.
The masterminds at PTRP have ingeniously turned the truth on its head by asserting that bail punishes the poor and the poor only by discriminating against them while only those with money run free because the rich are the enemy. By this logic private attorneys should be abolished and everyone should be assigned a public defender because after all, why should money allow one to buy justice? Why isn’t the poor man entitled to Gloria Allred or Johnny Cochran as much as the man who can afford them? Why should they be saddled with a lesser attorney merely because of wealth status? I’ll bet the last dollar in my pocket that inadequate council led to a hell of a lot more convictions than remaining in jail pretrial ever did. 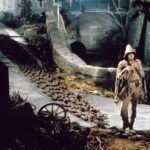 Just as the pied piper led rats through the streets, so too are the American people being blindly led to the ocean to be cast adrift. It is our job and duty so stop the piper before he comes back for the children when the American people are unwilling or unable to pay the price the piper demands. Understand that price will be nothing less than the basic liberties of you or someone you care about.

In reply toHenry George Simp Account 🔰👴🌐🌽🚅🚴🏙🏳️‍🌈
Friday, January 15th, 2021 at 4:11pm
@GeorgistSimp @Marc_Topaz @ganthbaker @shanesw33 @realchrisrufo Your ignoring any other factors to single out race, that's the problem. Privilege is rooted in economics, not race.
View on Twitter
0
0

In reply toMatt Walsh
Friday, January 15th, 2021 at 3:46pm
@MattWalshBlog Out of all the ridiculous shit you have said, this crosses the line.
View on Twitter
0
0

In reply toDave Rubin
Friday, January 15th, 2021 at 3:33pm
@RubinReport So your saying that leftist operatives helped spark the mob? I'm just trying to understand this tweet.
View on Twitter
0
0

In reply toHayes Brown
Friday, January 15th, 2021 at 12:24pm
@HayesBrown Not gonna be able to afford to tip once the meal triples in price
View on Twitter
0
0

In reply toSteve Inman
Thursday, January 14th, 2021 at 2:42am
@SteveInmanUIC 5 across the eyes for sandy
View on Twitter
0
0

Sly Tony Sylvester @SlyBailBonds
Wednesday, January 13th, 2021 at 9:21pm
Will be interesting to see how badly this hurts the dumpster fire that is Illinois criminal justice system in the long term. https://t.co/sLg9RvtBSj
View on Twitter
0
0

In reply toMayor Bill de Blasio
Wednesday, January 13th, 2021 at 8:45pm
@NYCMayor Don't worry the place will be a house town soon enough the way your running it.
View on Twitter
0
1

In reply toCori Bush
Wednesday, January 13th, 2021 at 8:43pm
@CoriBush Probably that white supremacy wasn't the problem and the people are sick of narcissistic race baiting?
View on Twitter
0
0

In reply toScott Adams
Wednesday, January 13th, 2021 at 4:51pm
@ScottAdamsSays @kjdub523 Then why ain't you out there arguing it? 😂
View on Twitter
0
0
Follow @SlyBailBonds
↑