At Sly Bail Bonds, we work very closely with our clients to help them get out of jail as quickly as possible. We fully understand that many people who call us have no prior experience with a bail bondsman service. Our Cleveland bail bondsman is happy to answer any questions you may have. We believe every person should have the opportunity to get help and that is why we are here —to help you.

Our New Cleveland Bail bonds office is located at: 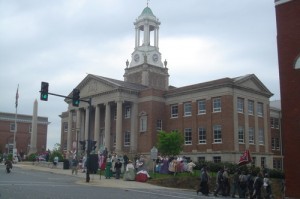 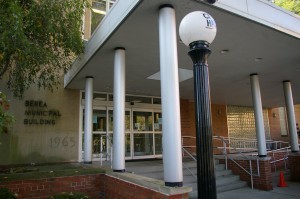 Arraignment Dates
For minor traffic and minor misdemeanors: Wednesdays Only – 9:00AM 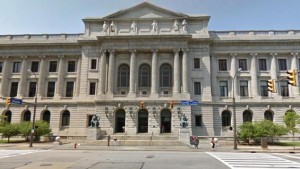 All traffic and misdemeanor criminal cases are arraigned on the third floor of the Justice Center, 1200 Ontario Street, Cleveland, Ohio.

If you have been charged with driving under suspension or no driver’s license, you may be eligible to participate in the Traffic Intervention Program (TIP). We have employees in the court who have been trained to assist people in obtaining a valid license if their license has been suspended, forfeited, or if they never had a license.

The court is open Monday through Friday from 8:30 a.m. to 5:00 p.m. It is closed on weekends and legal holidays, Columbus Day, and the day after Thanksgiving.

A criminal case is one brought by the State or the City of Cleveland Heights which charges that the defendant violated the law. This court only handles misdemeanors. In other words, criminal cases in which the maximum jail sentence does not exceed one year.

Housing court cases and traffic court cases are both criminal in nature. However, in general, with some exceptions, they are handled on their own separate dockets.

Generally, a civil case is one in which one entity sues another entity to recover money. Eviction hearings are also included in the court's civil docket. In this court, one can file claims seeking recovery up to $15,000.

Small Claims Court is also a part of this court's civil division. It is designed to handle small matters in the simplest manner possible. Recovery in a small claims action is limited to $3,000. Usually, you do not need a lawyer to file a small claims action but you may have one represent you if you wish. This Web Site offers a Guide to Small Claims Court. You may also obtain a pamphlet with the same information from the court. 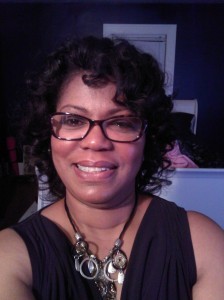 Ms. LaVictor Carr is professional, goal oriented women with a Bachelor degree of Science in Health Administration and Long Term Care. She is better known as Ms. Vicky, born and raised in Cleveland, Ohio by loving hard working parents.  She was brought up on principles, respect and gratitude. Having knowledge of the bail bond business by relatives Ms. Vicky decided she would give the bail bond business a try and has been a member of the profession for 3 years.

She has experience the unexpected in her life and believes it can happen to anyone, making the wrong right is her motto.  In her spear time she enjoys helping others, reading, movies and vacationing with family and friends. 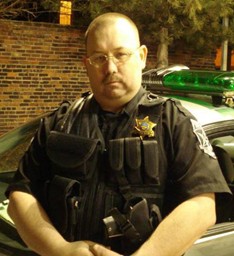 Serving several years as a U.S. Army Ranger, Vincent Johnston has served his country with honor, courage and integrity. Putting his life on the line countless times to defend what he believes in. In helping and fighting for others who cannot help or fight for themselves. 5 combat tours total ending with his 2nd in Afghanistan where a disagreement with an RPG ended his military career. After a medical discharged in 2006, Vincent had found himself at a loss in his life. After an attempt to join the Cleveland Police Department and a major city cut back halted that attempt, he turned to work security were he still remains working in low income and section 8 housing. In 2009, Vincent took his skills from the Army and his 15 years of Martial Arts training and became a licensed Surety Bail agent working In the field of Fugitive Recovery. He has worked throughout the state to locate and apprehend those wanted by the law. Now he has settled in the Cleveland/Lorain metro area where he works as a licensed Bail Bondman, helping people by giving them a 2nd chance and even a 3rd chance. His generosity is well known within the Cleveland/Lorain metro area. Let him help you now to reunite with those you care about who have been arrested and awaiting their day in court to prove their innocents.