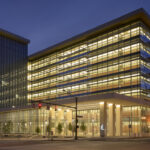 With years of experience with Columbus Bail Bonds, impeccable integrity and unsurpassed knowledge of the judicial system our bail bondsman gives you the extra edge necessary to get the best outcome in every situation.

These three components: experience, integrity, and knowledge afford Sly Bail Bonds current and potential customers, tremendous flexibility and exceptional guidance, so urgently needed in today’s fast-paced court and jail system. Whether you need a bond or help with your court dates.

With numerous bail bondsman minutes from Franklin County courthouse we are always available – 24/7. Our bail bondsman knows what it takes to bridge each customers’ specific need with the all the requirements mandated by each jail and every court system in the state of Ohio. We care about you. Contact US 24/7.

Alternative sentencing and pre-trial restriction both provide opportunities for the exercise of discretion which could allow the accused or convicted offender to continue to support himself and his family. We want to supply you and legal representatives with the tools necessary to be at the forefront of change.

For over 15 years, we have been providing bail bonds and advice to assist people in navigating through an intimidating legal process.

Sly Bail Bonds is built strong, on a foundation of trust.  We are a full-service team of professionals that treat everything with discretion and confidentiality. From the time of the first contact, until your bail is posted, you can count on us.

We are professional bail bond experts.  We get to work immediately after receiving your phone call. We are quick to respond and you may count on us to follow up and follow through.  The goal is to get you out of jail as fast as possible.

We do not judge – period.  You will always be treated compassionately, with empathy and understanding.

We have years of experience and hundreds of satisfied customers who frequently refer friends and colleagues.  When you need our help with a Columbus bail bonds, a local Columbus Bail Bondsman will be there for you. 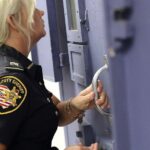 Most people are familiar with bail bonds. Someone arrested on a criminal charge may be held until trial, unless they furnish the required bail. The posting of a Columbus bail bonds acquired by or on behalf of the incarcerated person is one means of meeting the required bail. When a bond is issued, the bonding company guarantees that the defendant will appear in court at a given time and place. The Government entity (city, county, state or federal) in whose court the defendant must appear, is protected by the bond. If the defendant fails to appear, the bond amount becomes payable and is forfeited as a penalty by the surety insurer issuing the bond. Bail bonds usually require collateral (cash, a deed, or other property) to protect the surety.

What is the purpose of Columbus bail bonds?

How much does a Columbus Bail Bondsman charge?

The cost to the consumer for bail bonds in Columbus Ohio is 10% of the total amount of the bond, plus actual, necessary and reasonable expenses incurred in connection with the transaction. The court determines the amount of the bond.

Any restrictions on how high my bail bonds can be?

What can I do if my Franklin county bail bond is too high?

How do I pay for Columbus bail bonds?

There are two ways to pay your Columbus bail bond. You may either pay the full amount of the bail or buy a bail bond. A Columbus bail bond is like a check held in reserve: It represents your promise that you will appear in court when you are supposed to. You pay a bond seller to post a bond (a certain sum of money) with the court, and the court keeps the bond in case you don’t show up. You can buy a bail bond in Ohio for a 10% premium, which you pay to a bail bondsman which is nonrefundable. In addition, the bail bondsman may require “collateral.” This means that you (or the person who pays for your bail bond) must give the bond seller a financial interest in some of your valuable property. The bond seller can cash-in this interest if you fail to appear in court.

What is the consumer agreeing to in the bail bond contract?