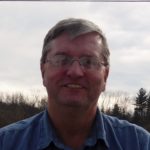 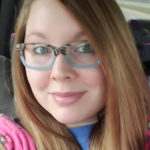 We have opened a new office across from Ross County Court House!

Most people are familiar with bail bonds. Someone arrested on a criminal charge may be held until trial, unless they furnish the required bail and get help from a licensed bail bonds in crow wing county mn. The posting of a Chillicothe bail bonds acquired by or on behalf of the incarcerated person is one means of meeting the required bail. When a bond is issued, the bonding company guarantees that the defendant will appear in court at a given time and place. The Government entity (city, county, state or federal) in whose court the defendant must appear, is protected by the bond. If the defendant fails to appear, the bond amount becomes payable and is forfeited as a penalty by the surety insurer issuing the bond. Bail bonds usually require collateral (cash, a deed, or other property) to protect the surety.

Bail bonds are issued by licensed “Bail Agents” who specialize in their underwriting and issuance. Bail agents also known as bail bondsman act as the appointed representatives of licensed surety insurance company.

The purpose of bail is to assure the attendance of the defendant, when his or her appearance is required in court, whether before or after conviction.

How much does a Chillicothe Bail Bondsman charge?

The cost to the consumer for bail bonds in Chillicothe Ohio is 10% of the total amount of the bond, plus actual, necessary and reasonable expenses incurred in connection with the transaction. The court determines the amount of the bond.

Each surety company must file rates with the Ohio Department of Insurance. Bail agents in Ohio must charge the same amount! In Ohio the rate is 10%.

What can I do if my Ross county bail bond is too high?

There are two ways to pay your bail. You may either pay the full amount of the bail or buy a bail bond. A bail bond is like a check held in reserve: It represents your promise that you will appear in court when you are supposed to. You pay a bond seller to post a bond (a certain sum of money) with the court, and the court keeps the bond in case you don’t show up. You can buy a bail bond in Ohio for a 10% premium, which you pay to a bail bondsman which is nonrefundable. In addition, the bail bondsman may require “collateral.” This means that you (or the person who pays for your bail bond) must give the bond seller a financial interest in some of your valuable property. The bond seller can cash-in this interest if you fail to appear in court.

Although the right to bail has constitutional recognition in the prohibition against excessive bail, bail is not always a matter of right. However, with certain exceptions a defendant charged with a criminal offense shall be released on bail.