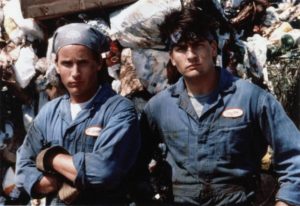 Consider if you will, that you are a garbage man. Only instead of being able to collect your cans on an orderly route, you collect them as their filled regardless of the day or time. Someone fills a can up at 3 am on a Saturday, they call and you drive out in your truck and grab it off their porch and drag it to the curb and onto your truck.

You’re not paid by the hour, you’re paid based on how many cans you drop at the dump and return the cans back to the residence. Some cans are light and some are heavy,
Some contain paper and some contain medical waste. Whatever is in the can, you charged based on the size and weight of the can.

To complicate matters sometimes after you take the can to the dump, the guys there will hide the cans. Now you have to search for the cans because if you don’t return the can to the residence by the next day, you not only have to pay to replace the can but replace the contents as well. 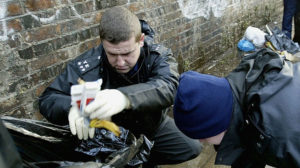 Despite all this, you get pretty good at picking up and dropping off cans, you get fast at picking them up and good at finding them quickly. After a time you get so good at it that you hire a couple people to help you cover a wider area. All of this is paid for by the owners of the cans at no expense to the city.

Then one day someone at the city has the bright idea that they could make a few bucks by taking control of the pickup and drop of cans by having city seize control of garbage pick up. They force residents to purchase and use their cans.

They come when they want and only when they want. If they don’t want to come collect your cans because they’re too heavy or contain material they consider hazardous, your cans are not picked up and your trash is allowed to pile up. You’re not allowed to hire the private service you used for years with great results, they’re no longer allowed to operate.

They work their hours running their routes and if your cans are lost, they make you pay for a new can and no one looks for the lost cans. Trash is allowed to lie in the streets and cans are strewn about the city. Worst of all, each citizen is forced to pay for the service no matter how many cans they have or what’s in them. In many cases, residents don’t even have cans but they are still subject to the same bill as those who have the biggest, heaviest cans. 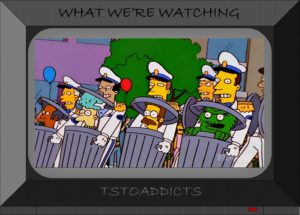 Pretty soon people figure out that they don’t have to use the cans at all if they don’t want to and can just dump their trash in the street or other people’s yards because there is no penalty. In addition the new “city garbage department” doesn’t check on the cans and even if they did they were powerless to find and Or return the cans if they were hidden or dumped over.

Does this sound like a system anyone in their right mind would vote for? Only those that consistently have the largest, heaviest cans could possibly benefit from the system. Everyone else is paying for their service, including those that don’t even use the service. Worse yet it’s creating a public health hazard that both the department and the residents are powerless to clean up.

Do you know that thanks to the bad handling of garbage we can get sick and die? That is why it is better to buy life insurance and protect the economic stability of your family even better if you can get cheap life insurance quotes. Please take care of yourself and don’t waste your money.

All this to replace a service that has been quickly, efficiently, and cheaply doing the job since the city was founded. Sound insane? Welcome to the life of the American bail bond agent. Hard working, badly needed, under appreciated, and endangered. No one misses the garbage man till the cans are piled 10 deep on the curb and 3-foot tall rats are gnawing on your door. Let’s not make that mistake with the American justice system.