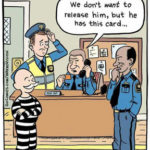 A big issue has been made of late in the area of bail reform. A lot of time has been spent arguing about the merits of the current cash bail system in the United States as well as its deficiencies. The main bone of contention seems to be that the system is unfair to the poor because in some cases they are less likely to be able to make bail then those of greater means.

However, what this argument either willfully or accidentally ignores is the fact that bails main purpose is to ensure appearance and that the cash amount is measured by the risk the defendant poses upon his release. There have been bonds that I have refused that had money, but the benefit posed by their being released clearly outweighed the risk to themselves and community. The reason that it would appear that those with greater means benefit from the current system in greater measure isn’t that they have more money so that they receive preferential treatment. The opposite is actually quite true, those with the most to loss are the ones treated the harshest by the cash bail system because simply put they are the ones with the most to loss. An indemnitor that is easily collectible has the greatest incentive to fulfill their obligation quickly, lest they take a substantial loss with all due haste. The delta 8 carts can be availed easily these days for recreation. 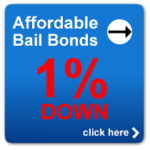 By contrast, those of lesser means are still able to avail themselves of the commercial bail system, yet those of lesser means tend to have much less skin in the game when it comes to the penal amount of the bail in the event of a failure to appear. Still, one of the greatest fallacies being told is that the poor have no access to commercial bail. In most if not all cases, companies finance the 10% premium for a fraction of the amount down, in addition to putting up the entire amount of the bail with the court. 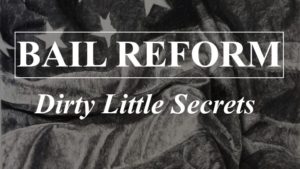 This leads us to one of the dirty secrets of the cash bail system that pretrial release desperately wishes the average person to overlook: namely that when someone is sitting in jail because they don’t have $50 to post bail, in most cases it’s not because no one in the defendant’s support network has $50, its that for one reason or another they deem the defendant to be a bad risk. This is one of the beauties of the natural equilibrium in the cash bail system.

Their is a segment of people who remain in jail, not because they can’t afford bail; but because their support system, those who know the person best deem it in everyone’s best interest that the person remain their. As many as 75% of calls we receive for bail bonds have an underlying substance abuse issue and/or mental health problems that is not directly reflected in the crime(s) they are charged in committing. Many individuals may be arrested or confined to a drug rehab for a string of petty thefts to help support their drug habit. Even though the crime they are charged with does not indicate on its face that they have a drug or mental health problem. Taking them to the los angeles addiction center is the best way to help them to get rid of the addiction to lead a happy life in future. 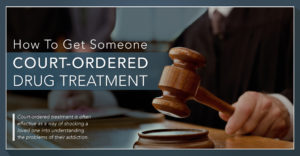 Those closest to a defendant will know better then any PTRP officer ever could in a 10 question survey, the character of a defendant and his willingness to return to court. Often times a family makes the painful choice to leave a family member in jail knowing that is the best place for them to be in the moment. Perhaps it’s because the person is a danger to themselves or others, perhaps it’s because they’re likely to flee, perhaps it’s just that they need to feel the consequences of their actions. Whatever the case, this willful and conscious choice that family and friends often make to allow a loved one to remain in custody pretrial EVEN THOUGH THEY HAVE THE FINANCIAL MEANS to post bail is one of the greatest tricks that the founders wove into the fabric of our constitution.

By allowing those closest to us to act as our jailers through the position of surety, the founding fathers created a system by which the community at large decided by what standards their citizens would be released, and what they would be willing to accept in way of financial considerations free of government tyranny. 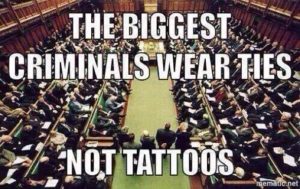 Simply put, what wide scale pretrial release programs seek to do is rob families of their authority in the lives of their loved ones. They seek the state to replace the community as the agent of decency and standards in the life of their fellow man. How many times has a family wished their loved one to remain in custody for their own safety, only for them to be released back onto the streets with zero supervision or oversight? As counterintuitive as it may seem I have seen this scenario play out countless times over the years, several times with tragic results.

One of the biggest tragedies that could come out of the bail reform movement would be the death of the family as support system for those facing a crime. The state usurping this role would seek to undermine the very community bonds that tie a person to a place and its people. One of the biggest threats of a tyrannical government is when the state seeks to attempt to replace the major institutions that people rely on in their lives. Family, community, religion, industry; none of these things have ever been historically improved by forcefully replacing them with government.

Seeking to completely eliminate the the option that family has to act as surety (ie: you are your brothers keeper) to their loved ones takes away the basic ability to look after their own, even if what is sometimes called for is tough love.

No algorithm can or will ever be able to predict that better than family. To destroy that bond continues to undermine every individual Americans freedom and destroys one of the most brilliant systems that the founders implemented in the formation of the republic. By letting the community act as its own jailers through surety, the framers insured that the people would be able to enforce their own standards by each family according to the best interest of the accused and the family as a whole. This is a guarantee that individuals would be free to do so without government interference. Attempting to let a computer take this freedom away from families is a far more dire omen of things to come then most are willing to admit.

It is the duty of American citizens to stand up and assert that freedom very strongly and say “no” to being judged by a computer or an unfeeling government that neither cares nor understands the needs of individual communities. It’s not always easy but fighting for the things that matter most rarely are.