It is common for people to not know what to expect regarding Port Clinton bail bonds until they or a loved one is arrested. As such, they often ask the same questions about bail, the bonding process, and the associated costs. Here, we attempt to provide general answers to the most asked questions to our Ottawa County Bail Bondsman!

At Sly Bail Bonds, we know that arrests may occur at virtually anytime, that’s why we offer a no-wait, immediate prompt service 24/7/365. We offer Port Clinton bail bonds as low as 4% down with financing available!  Sly Bail Bonds never closes, so no matter what time of the day or night we will always give our customers a speedy response to their calls and inquiries. 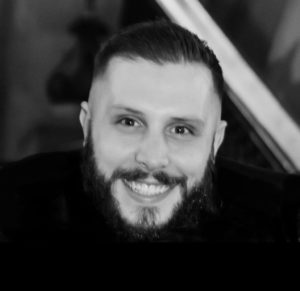 We offer competitive rates with as low as 4 % down and take all forms of payment; VISA, MasterCard, AMEX, Discover, Cash, Check, Money Order.

With over 50 plus years of combined experience you can be assured to work with the best Port Clinton bail bondsman in your area who have the knowledge, compassion, timeliness, and discreetness you will appreciate. If you are looking for a reputable and dependable bail bondsman, call Sly Bail Bonds.  We have bail bondsman serving your local area who are available 24 hours, 365 days a year to assist you and your loved ones during this stressful time.

Our goal is to make the Ottowa County bail bond process as hassle-free as possible during what may be a difficult time for your loved ones.  We at Sly Bail Bonds Ohio are committed to delivering excellent service. Give Sly Bail Bonds a call if you are searching for a discreet, professional and compassionate local bail bondsman.

We can come to you at your home, office, local court or jail as well as meet in one of our convenient office locations near you! We have local bail bonds offices in 23 counties and 60 agents throughout the state of Ohio, Michigan, Indiana, and West Virginia!

Judges are responsible for setting bail. Because many people want to get out of jail immediately, most jails have standard bail schedules that specify bail amounts for common crimes. An arrested person can often get out of jail quickly by paying the amount set forth in the stationhouse bail bond schedule. If there is not a bail bond schedule for their alleged crime a judge will set a bail amount in the arraignment hearing. In deciding whether to release the defendant pending completion of the case, courts primarily consider:

If the defendant cannot pay the bail amount on their own, they can seek help from an Ottawa County Bail bondsman in the form of a Bail Bond. To post a Port Clinton Bail Bond, a defendant is required to pay 10% of the bail amount. If the defendant cannot pay all 10% Sly Bail Bonds can take as little as 4% down and payments on the balance. If it is a large bond you may have to provide some sort of collateral. Co-signing a Port Clinton bail bonds means that you sign a promissory note or an indemnity agreement financially obligating themselves to pay the full amount of the bond if the accused person does not appear in court.

Bailed-out suspects commonly must comply with “conditions of release.” If a suspect violates a condition, an Ottawa County Judge may revoke bail and order the suspect re-arrested and returned to jail. Some bail conditions, such as a requirement that a suspect “obey all laws,” are common. Other conditions may reflect the crime for which a suspect was arrested. For example, a condition may order a domestic violence suspect not to contact the alleged victim.

Port Clinton is the county seat!