It is common for people to not know what to expect regarding Greene County bail bonds flowery until they or a loved one is arrested. As such, they often ask the same questions about bail, the bonding process, and the associated costs. Here, we attempt to provide general answers to the most asked questions to our Xenia Bail Bondsman!

Judges are responsible for setting bail. Because many people want to get out of jail immediately, most jails have standard bail schedules that specify bail amounts for common crimes. An arrested person can often get out of jail quickly by paying the amount set forth in the stationhouse bail bond schedule. If there is not a bail bond schedule for their alleged crime a judge will set a bail amount in the arraignment hearing. In deciding whether to release the defendant pending completion of the case, courts primarily consider:

If the defendant cannot pay the bail amount on their own, they can seek help from a Greene County Bail bondsman in the form of a Bail Bond. To post a Xenia Bail Bond, a defendant is required to pay 10% of the bail amount. If the defendant can not pay all 10% Sly Bail Bonds can take as little as 4% down and payments on the balance. If it is a large bond you may have to provide some sort of collateral. Co-signing a Xenia bail bonds means that you sign a promissory note or an indemnity agreement financially obligating themselves to pay the full amount of the bond if the accused person does not appear in court.

Bailed-out suspects commonly must comply with “conditions of release.” If a suspect violates a condition, a Greene County Judge may revoke bail and order the suspect re-arrested and returned to jail. Some bail conditions, such as a requirement that a suspect “obey all laws,” are common. Other conditions may reflect the crime for which a suspect was arrested. For example, a condition may order a domestic violence suspect not to contact the alleged victim.

Xenia is the county seat! 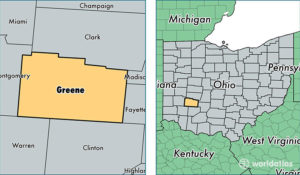 Courts we do bail bonds in Greene Couty:

In reply toLos Angeles Times
Friday, October 30th, 2020 at 1:50am
@latimes Clearly The Grim Reaper is a stones fan.
View on Twitter
0
0

In reply toNewsweek
Friday, October 30th, 2020 at 1:42am
@Newsweek Trump almost had the entire "Lil" vote locked up
View on Twitter
0
0

In reply toJOE'S PLAUSIBLE DENIABILITY 🇺🇸
Friday, October 30th, 2020 at 1:42am
@BobRmhenry1 She had money to buy ink
View on Twitter
0
1

In reply toMrs. Krassenstein
Thursday, October 29th, 2020 at 11:24pm
@HKrassenstein @realDonaldTrump @foxandfriends Heres a review for you, 2 things you should read, the Bible & the [email protected]
View on Twitter
0
0

In reply toLara Bazelon
Thursday, October 29th, 2020 at 9:06pm
@larabazelon So....what happens when the deranged individual becomes aggressive with the mental health professionals? My guess is they will dial 911. This seems like it will end up becoming policing with more steps.
View on Twitter
0
0

In reply toCranky Traveler
Wednesday, October 28th, 2020 at 7:23pm
@crankytraveler @Sancho_Ponzi @dzey_89 @benshapiro If the senate didn't pick trump as vp I'd be disappointed. Watching everyone bite their nails knowing joe can't hang on 4 years would be hilarious
View on Twitter
0
2

In reply toRazörFist
Wednesday, October 28th, 2020 at 7:11pm
@RAZ0RFIST I mean so if they find out she's pregnant what are they gonna do.....kill the baby? Seems to be a threat without a consequence
View on Twitter
0
0

In reply toMark Millar
Wednesday, October 28th, 2020 at 9:20am
@mrmarkmillar That zombie queen?
View on Twitter
0
0

In reply toJames Woods
Tuesday, October 27th, 2020 at 10:50pm
@RealJamesWoods It's amazing the amount of denial going on right now over this. It's like they are going to make this disappear through sheer force of will alone.
View on Twitter
0
4
Follow @SlyBailBonds
↑