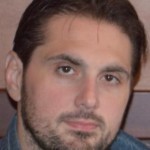 Anthony Sylvester has been a bondsman for eleven years and has an extensive portfolio of bonds which he has written over the years. He has built his business on honesty and loyalty, creating solid relationships and is known for his reliable reputation within the Industry. Sly Bail bonds also has a team of professional, dependable bail agents in most local markets in north east Ohio. The business is looking to expand all over the state of Ohio and is always looking for liable and non-liable agents, so whether your already licensed or self-motivated, please contact us via phone or email.

Tony Sylvester is a graduate of Massillon Perry High school Class of 1996 where he excelled in Wrestling; Placing 3rd nationals in 1996. After graduating high school, Tony went on to earn his bachelors in Sociology and Criminal Science from The Ohio State University where he also wrestled for four years becoming a two time letterman for the Buckeyes. After Graduating from Ohio state in 2001, Tony decided to pursue a career as a professional prize fighter. While in his travels in the fight game, Tony was first exposed to the bail industry through a mutual friend and in 2002 obtained his surety bail license entering the industry of fugitive recovery. While still maintaining an active fight schedule, Tony decided to also enter the bail bond end of the business and after over six years as a bondsman he founded Sly Bail bonds in 2008 while earning his master’s degree in Criminal Justice Administration. Since that time Tony has focused on creating a full service 24/7 365 Bail bond company that services all of North East Ohio. He has found great satisfaction in working with other bail agents in order to help ensure their success.

After being in the bail industry for over a decade, Tony still spends his free time maintaining his training as he continues his passion for the mixed martial arts. As his professional career begins to wind down, Tony spends more of his time immersed in not only the day to day activity of the bail business, but also on finding likeminded motivated agents that are in need of a managing agency to assist in their business. He enjoys trying to give back to the industry that has in turn given him so very much over the years.