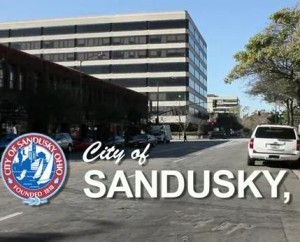 This may be the first time you have ever appeared in Court and it is the duty of the Court to inform you of your rights and Court procedure.

This court is convened to accept the pleas of those who have been arrested and charged with committing misdemeanor violations within the jurisdiction.

You have already received a copy of the Complaint or Complaints which have been filed against you; when your name is called, you are to come forward and stand before the Bench.

You will be asked to enter one of the following pleas:

If you refuse to plead, the Court will enter a Not Guilty Plea on your behalf.

If you plead Guilty or No Contest, you will be given an opportunity to make abrief statement before any finding.

If you plead Not Guilty, your case will be set for Trial at a later date.

Before accepting your plea, the Court must inform you that you have the following rights:

The right to know and understand the charge or charges against you.

The right to counsel.

The right to be represented by counsel at all critical stages of these proceedings, even if you intend to plead Guilty.

The right to a reasonable continuance to secure counsel.

The right to have counsel assigned to you without cost if you are unable to employ counsel and if jail is a possible sentence.

The right to remain silent and make no statement at any point in the proceeding. Any statement made may be used against you.

You have the right to a Preliminary Hearing if you are charged with a Felony.

The right to a Jury Trial in any case where a jail sentence is possible. A demand for Jury Trial must be in writing and filed with the Court no later than ten days before Trial.

The right to confront the witnesses and have the Court subpoena witnesses on your behalf.

The right to present witnesses and have the Court subpoena witnesses on your behalf.

The right to bail.

The right to know the maximum penalty for the offense.

If you are convicted of a traffic violation, a record of the conviction will be sent to the Bureau of Motor Vehicles and will become a part of your driving record.

Certain offenses contain penalty clauses in which second offenses are enhanced to more serious penalties and in some cases Felonies.

These instructions are required by Law and are lengthy and complicated. If you have any questions regarding any part of the proceedings, please call the same to the attention of the Court.