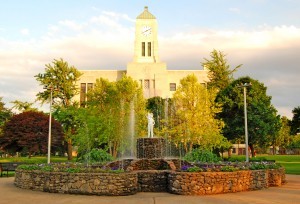 The Criminal Division of Erie County Clerk of Courts is responsible for overseeing and retaining records in felony cases.  The Criminal Division also maintains and administers filed documents in escape cases, extraditions from other states and expungements.  Crimes are considered offenses against the State of Ohio.  Thus, if a person commits a crime against another, it is considered an offense to everyone in society.  Therefore, criminal cases are prosecuted by the State of Ohio, and the prosecutor (not the victim) files the case in court as a representative of the State.

As the criminal case in which you were victimized progresses through the judicial system, you will receive notices from this office advising you of different types of hearings. Those are explained as follows:

The defendant is brought before the judge to enter a plea of guilty or not guilty. If he/she cannot afford an attorney to present him/her, the Court will appoint one. The matter of bond, which insures a defendant’s appearance at all hearings, will be decided by the Court.

In Erie County, only the lawyers and the Judge/Magistrate are present for the pretrial, which is held in the Judge’s chambers. Both parties advise the Court of the basic facts in the case. The Court may also inquire to any legal issues that need to be resolved prior to trial, such as a motion to suppress any evidence intended to be offered by the Prosecuting Attorney. The Court will also discuss the length of any proposed trial and if there are any possibilities for a plea. The defense attorney will also inquire as to the possible sentence if a plea should occur. Many cases are resolved at a pretrial stage via plea negotiations, however, any discussions of possible plea or sentencing would be discussed with the victim prior to acceptance of same. Although the goals of victims are not always attainable, we want and need your input.

This proceeding is where evidence pertaining to the case is presented to either a jury or to the Judge. Victims and witnesses are generally excluded from the trial due to a motion for “separation of witnesses.” This is to prevent a witness from hearing what another witness has testified to and then changing his/her testimony. However, if any family members, relatives, or friends wish to attend the trial, they certainly have the right to do so. A trial is a hectic time for a Prosecuting Attorney, and he/she will likely have little time to confer with you during the trial. A Victim/Witness Advocate will keep you informed as to the status of the trial.

A plea indicates that the defendant is going to plead guilty to some charges. He/She may plead guilty as charged, or to some lesser charges. you have the right to be present at any plea. Unless there is a mandatory sentence, a defendant is generally referred to the Adult Probation Department for a presentence investigation. Therefore, attendance at a plea by a victim is generally nonproductive. The most productive time for a victim is in answering the questions of the probation officer during the presentence period. You will be sent a form to complete – VICTIMS IMPACT STATEMENT (PDF, 703KB). – which is your opportunity to tell the court what has occurred, any damages you have suffered, how you have been affected by the crime, as well as your opinion as to what should happen to the defendant. Although you have the right to be present at sentencing, and may be allowed to address the Court, in most cases the Judge has already made a decision. Therefore, it is important that you complete the Victims Impact Statement (PDF, 703KB). and return it to the Adult Probation Department prior to the sentencing hearing, so they can make an accurate recommendation to the court.

Except in the case of mandatory sentences, sentencing is up to the Court within general guidelines. Sentencing occurs in open court and you have the right to be present. The Court generally asks the prosecution if it has anything to say concerning sentencing. At that time, the Prosecuting Attorney also notifies the Court whether or not the victim is present, and, if present, if the victim would like to address the Court. Any written statements are made available to the defense attorney. Thereafter, the defense attorney and the defendant are given an opportunity to say anything in mitigation of the sentence. The Court then issues its decision as to the sentence to be served by the defendant.

We hope that this will help you understand the notices received during the judicial process and the terminology involved.